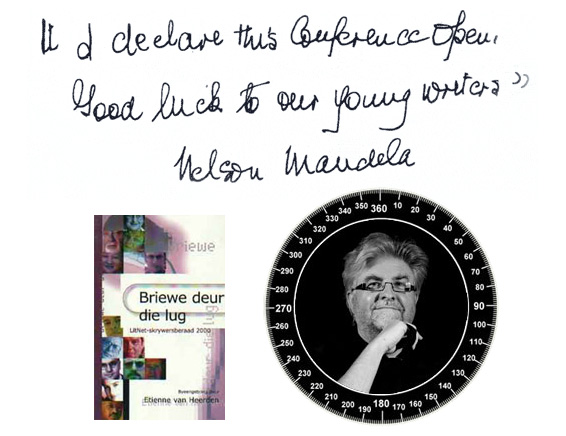 As editor of LitNet and LitNet Akademies, Etienne van Heerden is curating his third online writer’s conference, the first being Briewe deur die lug in 2000, with authors such as Breyten Breytenbach and Jakes Gerwel participating. The proceedings were published in Briewe deur die lug (Tafelberg Publishers). The second multilingual conference, Young Voices, was opened in 2011 by Nelson Mandela, and authors such as Niq Mhlongo, Sonja Loots and Lauren Beukes participated. The third conference is now running and called Poolshoogte, which means ‘checking the lay of the land’. Twenty years after the advent of democracy, Afrikaans academics, authors, translators, publishers and book journalists weigh in.
Follow it here.