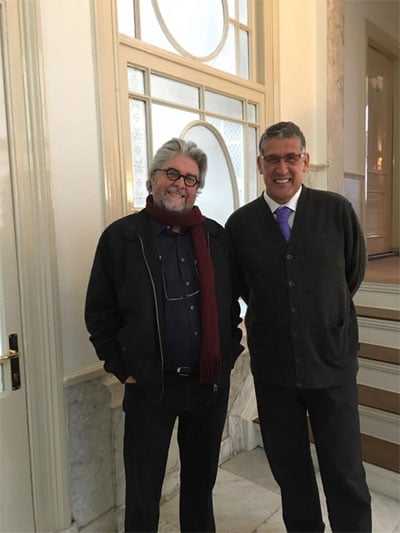 In the refurbished Zuid-Afrikahuis, Amsterdam, two days before the official opening. With Bun Booyens, editor of Cape daily Die Burger. The research centre was re-opened on Thursday, February 11th after extensive renovations. It houses the largest South African library outside SA’s borders, offers seminars and discussions, is a home to researchers, and administers a large digital archive.