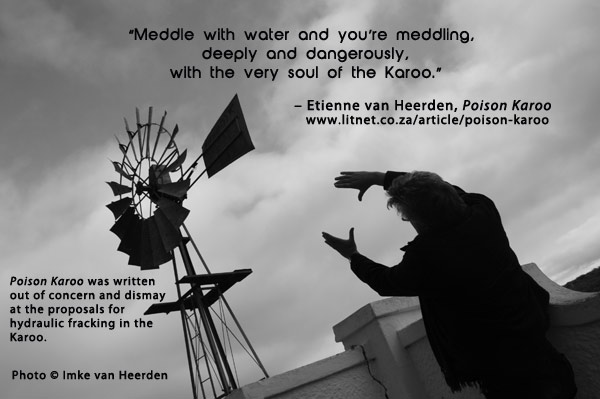 “Poison Karoo” is a chapter from Etienne van Heerden’s novel about a yo-yo champion, to be published in March 2013 by Tafelberg Publishers.

The English translation of Gifkaroo is by Isobel Dixon, whose poems about the Karoo are included in her collections The Tempest Prognosticator (2011), A Fold in the Map (2007) and Weather Eye (2001), which was awarded the Olive Schreiner Prize in 2004. She grew up in Graaff-Reinet.

Poison Karoo is a work of fiction, written as if commercial hydraulic fracking has already begun in the Karoo.